Charles Darwin is largely unknown and poorly understood as a historical figure. Similarly the fundamental principles of evolution are often misstated, misunderstood, or entirely rejected by large numbers of Americans. Simply try- ing to communicate more facts about Darwin, or facts supporting the principles of evaluation, is inadequate; neither students nor members of the public will care or retain the information. On the contrary, building facts into a one-on-one conversa- tional narrative creates a memorable opportunity to learn. Here we create a digital media, self-guided question and answer ‘synthetic interview’ with Charles Darwin. Questions are derived from a survey of nearly 1,000 people. Answers spoken by an actor portraying Darwin are derived from Darwin’s own writings. Questions on modern topics are answered by scientists, theologians, and lawyers. First produced as a museum exhibit and then later reproduced as an app (iOS/Android), the Dar- win Synthetic Interview has been evaluated with more than 3,000 surveyed users, of which 69% indicated that they learned and more than 75% would recommend the experience. Students who interacted with the synthetic interview in a classroom setting found answers were unexpected and clarifying. Using a format of personal narrative, the Darwin Synthetic Interview creates a new way to engage students and the public in a process of self-directed discovery of a topic that is often considered difficult to teach. 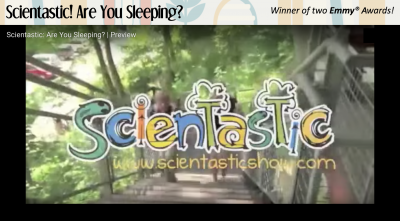 A collection of free resources from NIGMS that teaches students about basic science and research careers.
In this issue: COVID-19 vaccine science. https://www.scholastic.com/pathways/